Last week I was working for Lupine Outdoor Adventure in the Peak District with the second of two groups of young climbers that Katy brings from indoor climbing walls in Crawley & Brighton for them to sample climbing outdoor on rock. 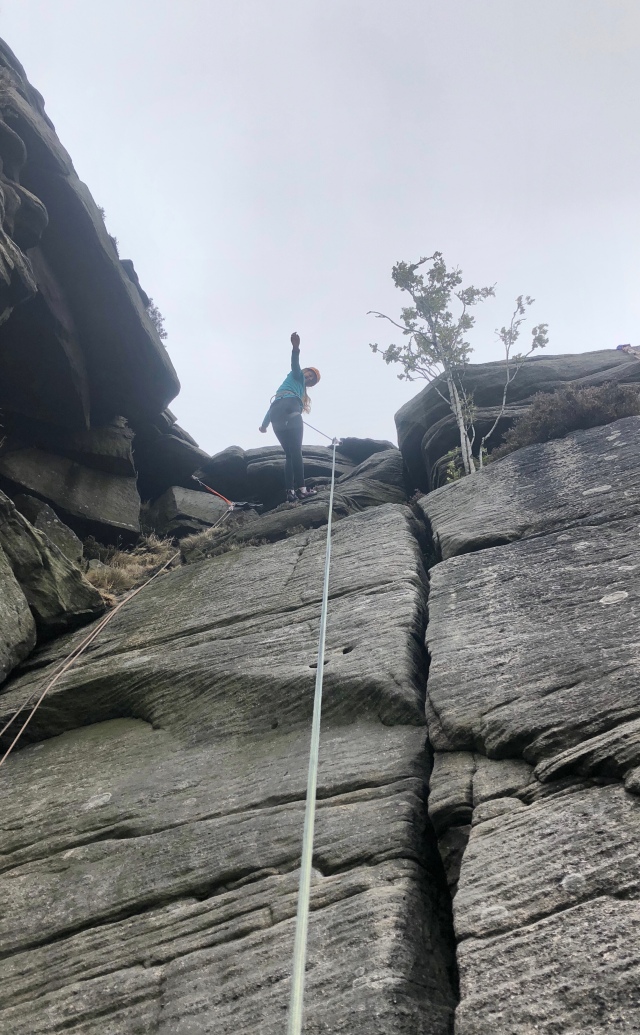 Who thinks to start a climbing trip on a Bank Holiday Monday….🤔, of course it’s going to rain!

Anyway after a delayed start we headed to Birchen Edge which from much experience, of trying to salvage a climb on a wet day, I know dries reasonably quickly.

Having had previously met most of the climbers over the previous trips I gave the safety briefing and set a few rules in place before moving to the climbing as quickly as possible. 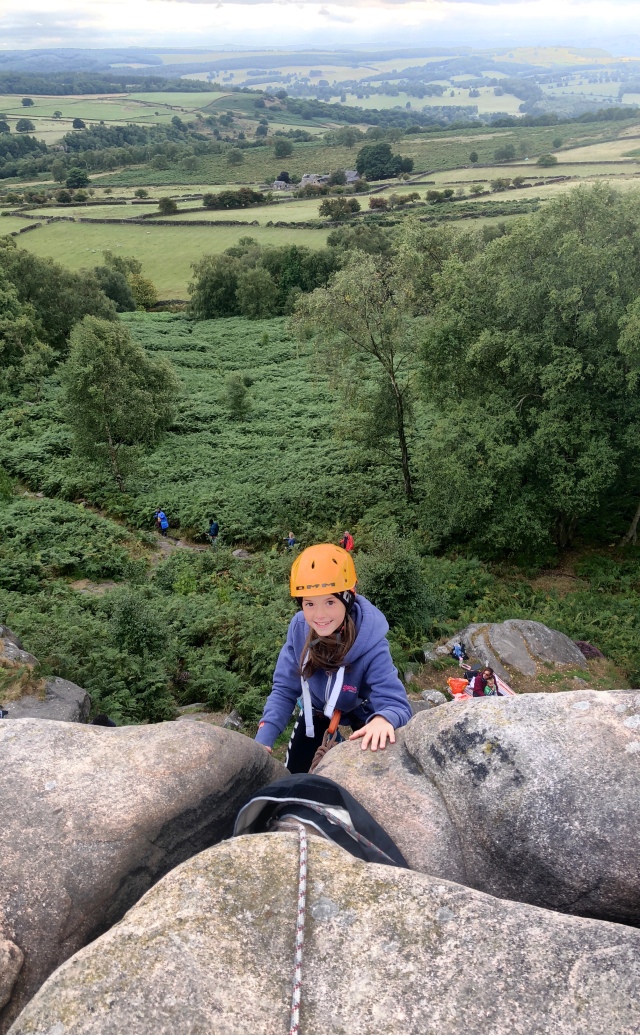 It soon became clear that my following evenings would be spent looking for crags with suitably tougher climbs for the high standard of climbing.

Tuesday with a forecast of no rain we headed to Stanage High Neb and had our section of crag to ourselves all day. Whilst we got away with no rain the wind was biting on the top of the crag and all the layers were on whilst rigging top ropes for the group.

High Neb offers some quality grit slab climbing and also a selection of crack climbs. It is a different proposition to Birchen Edge due to the added height of the climbs and it’s exposed setting. 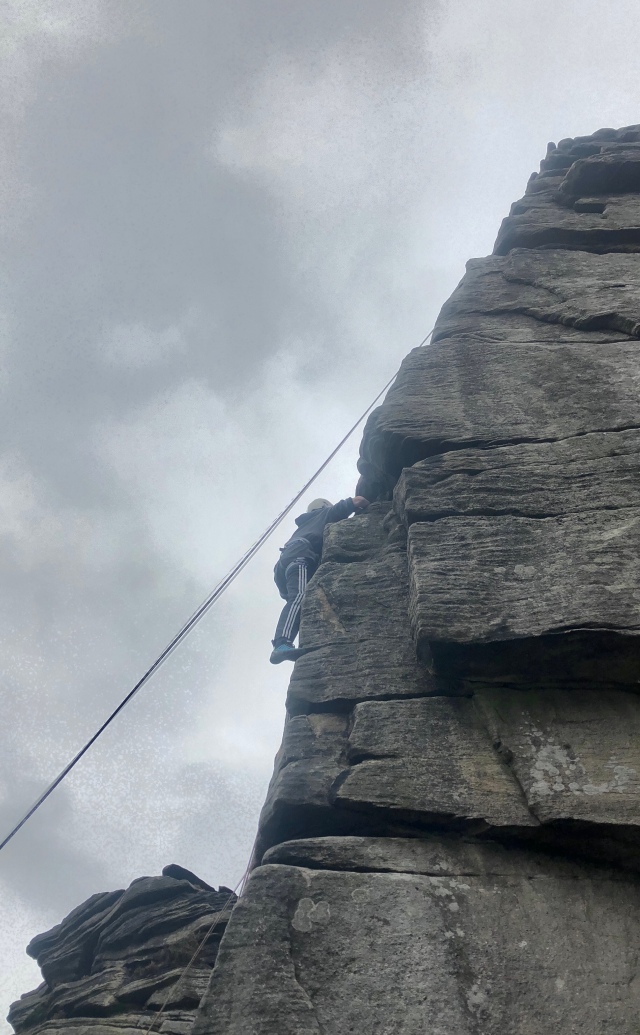 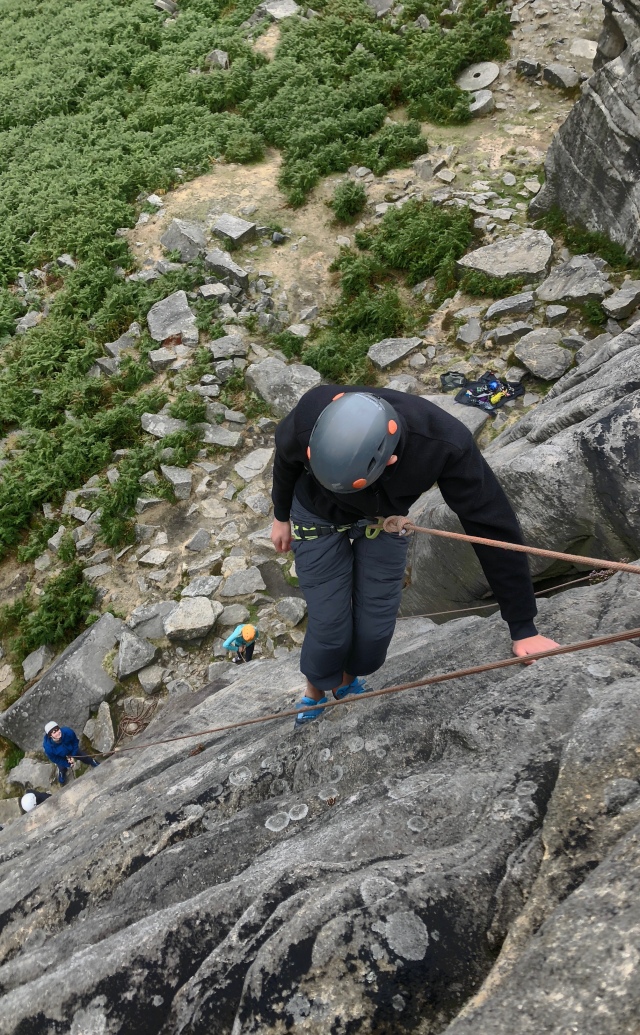 Climbing was again of a very high and impressive standard with the group getting to ‘grips’ with having use friction rather than holds!

Wednesday occasional showers were forecast so we headed for the sheltered area of Lawrencefield, the showers didn’t materialise and this was one of those days where we could have (and did to some degree) just carried on climbing.

Arriving early to get there before any other potential groups we ended spending all day and into the evening enjoying the conditions and climbing. 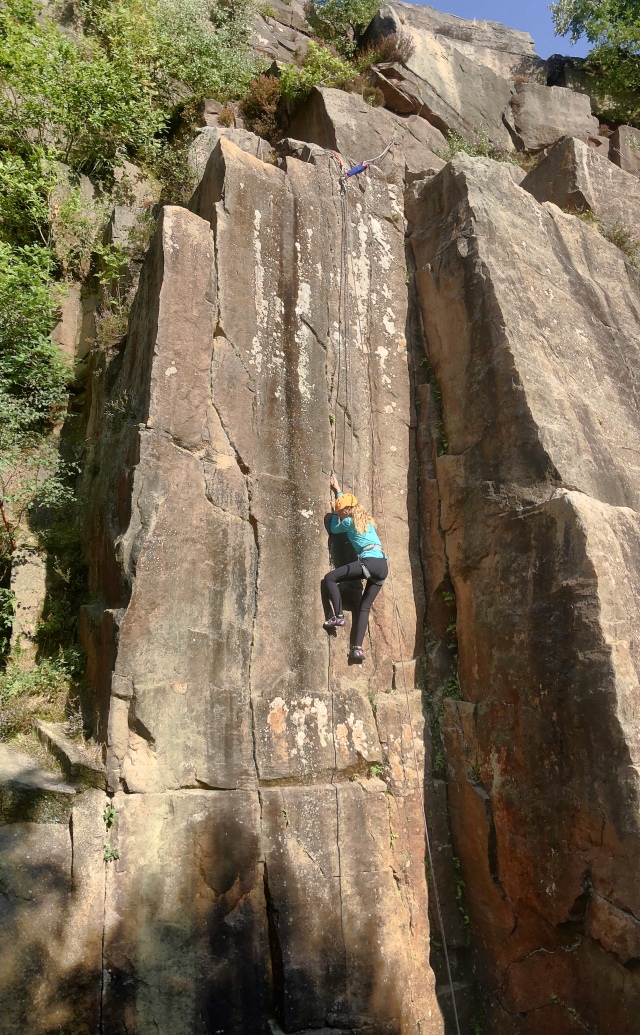 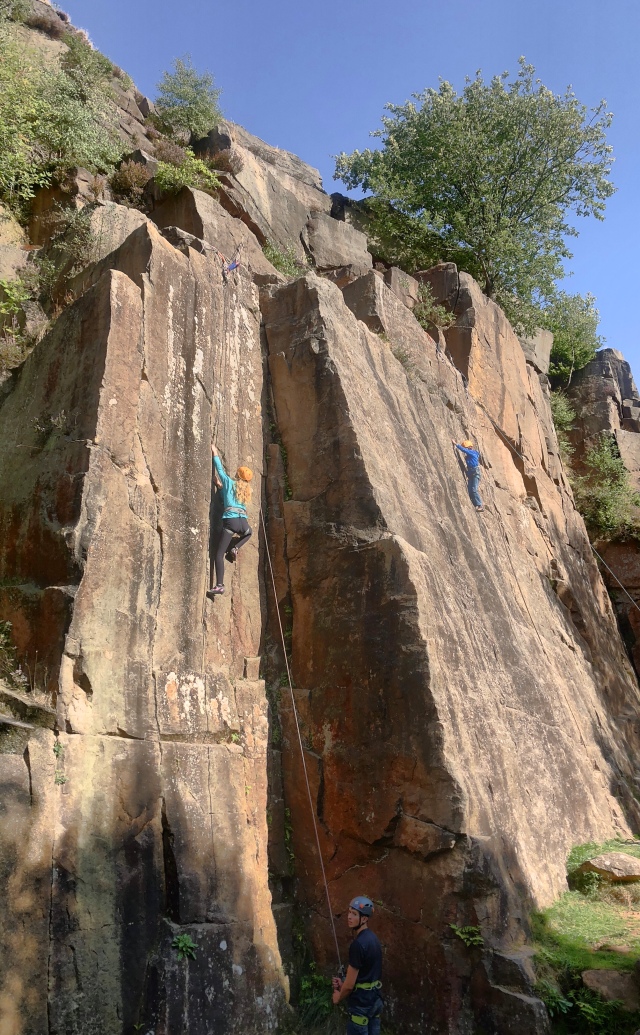 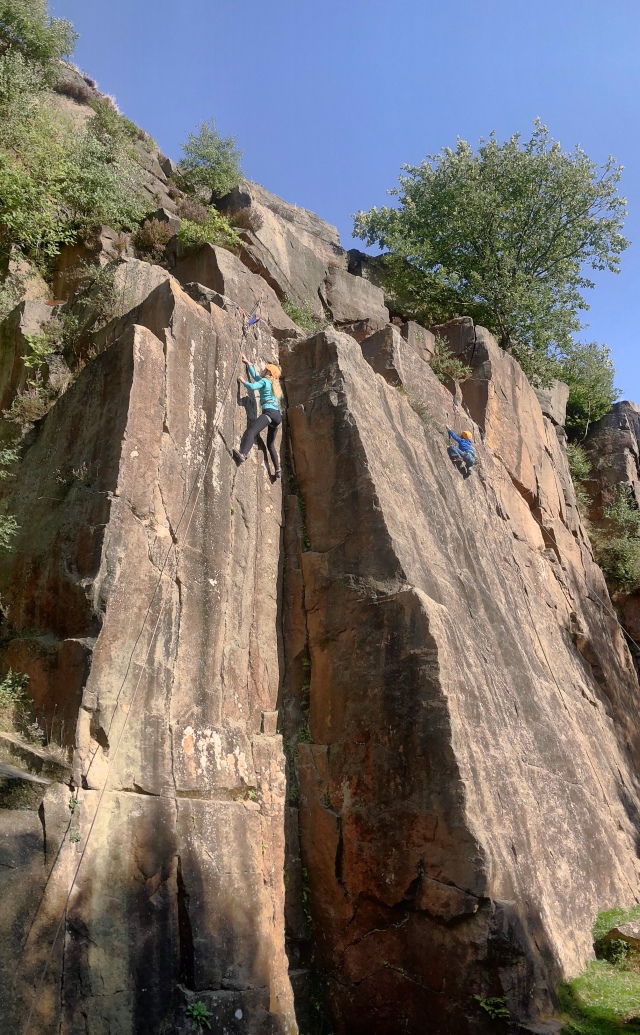 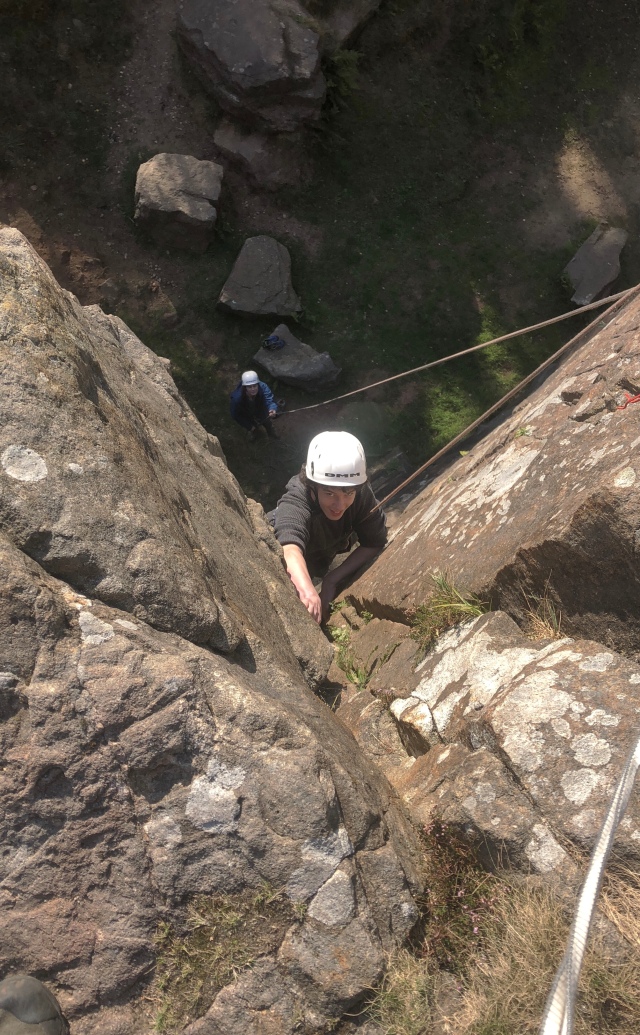 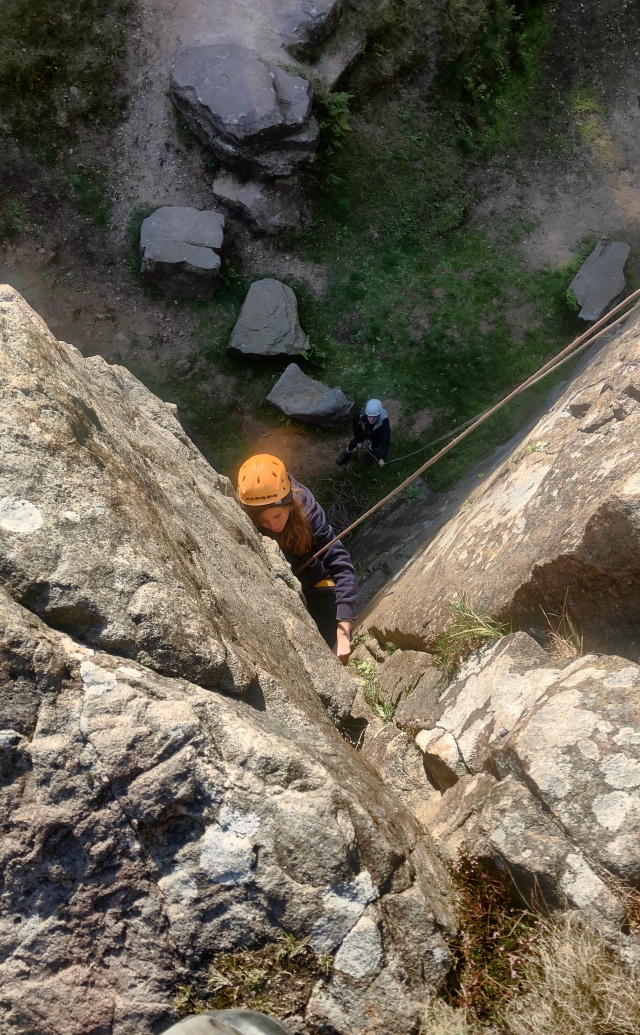 Thursday after such a good day the Wednesday it was going to be a challenge to finish the trip on a high, as such I opted to take the group to Stanage again but this time at the Popular rand and Black Hawk area. This is has got to be one of the most climbed sections of the most climbed crags in the UK.

Again we had an early start to get on the rock and make the most of our time. We also spoke about crag etiquette and as the day developed we were joined by other climbing teams and had to work with and around them so that everyone could get the most of the outstanding climbing available. 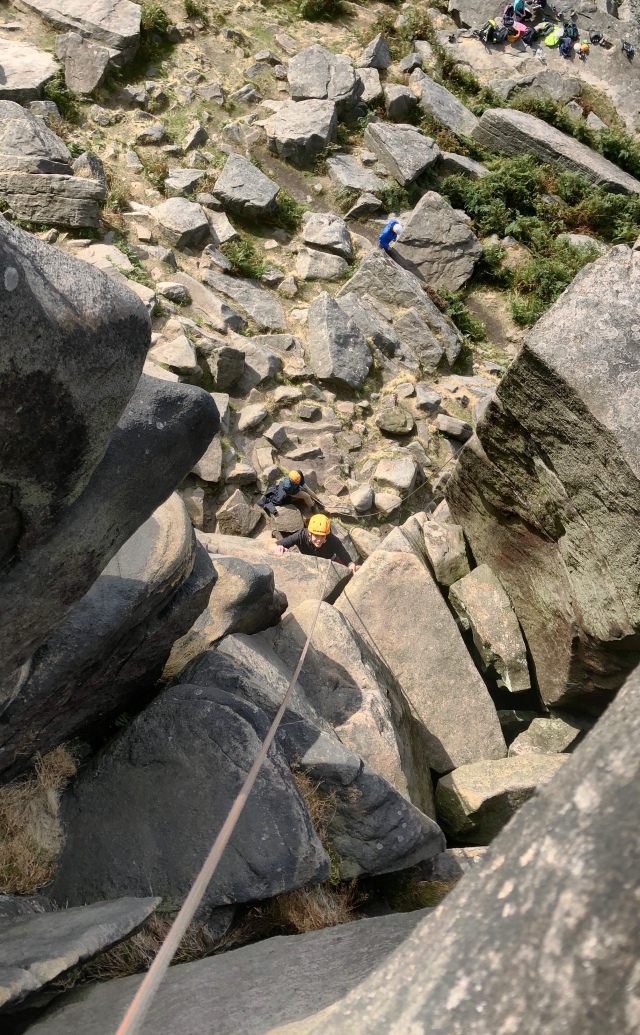 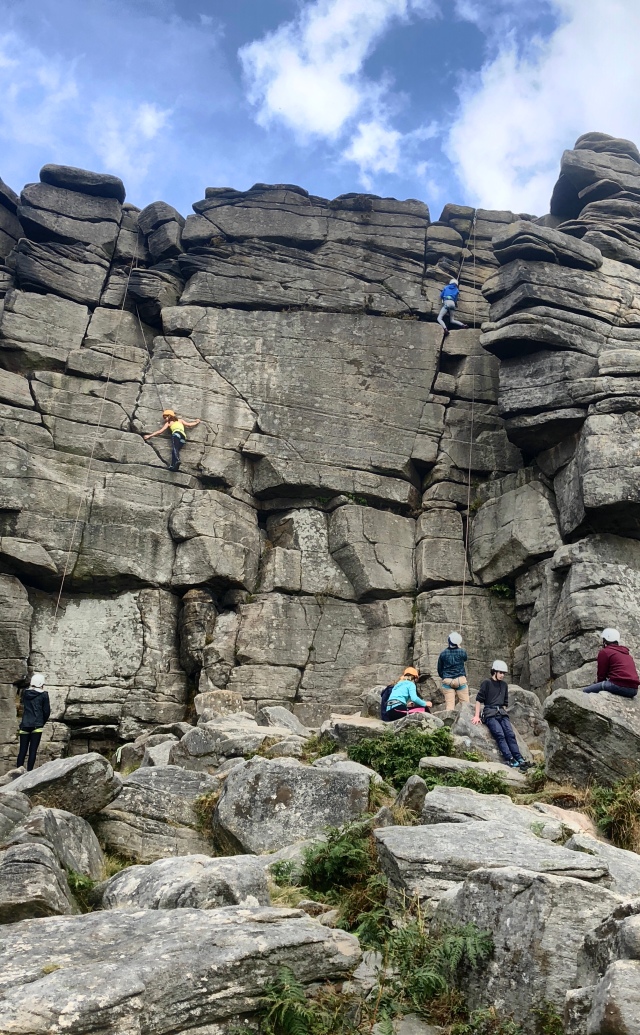 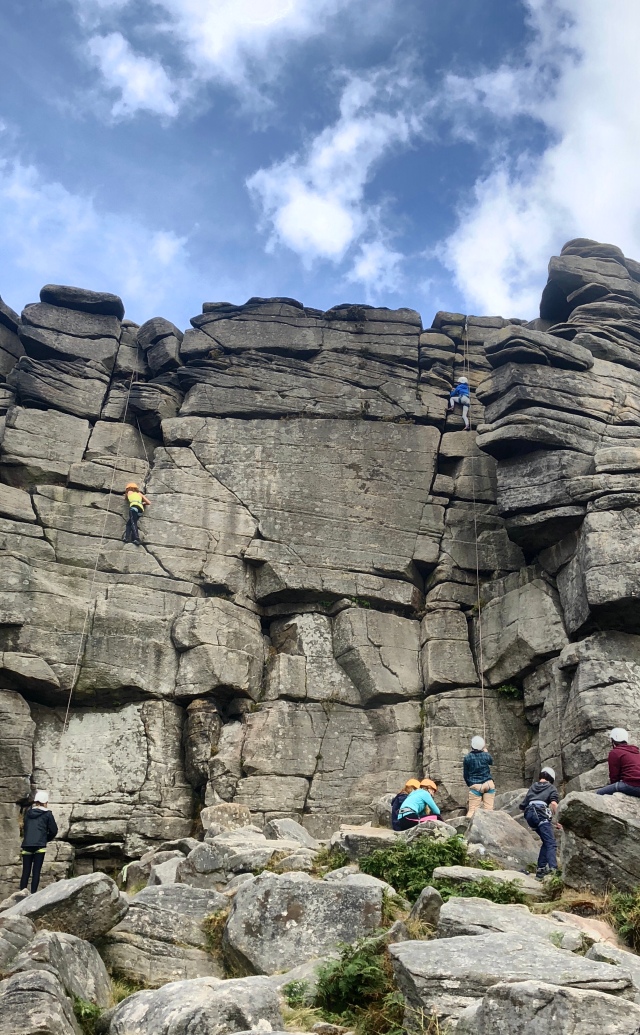 Again it was another day of quality climbing with routes being climbed including Eliminator HVS 5b, Castle Crack HS 4b, Black Hawk Traverse Left VD, Providence E1 5b, Black Hawk Hell Crack S 4a, Ugly Mugs VS 4c and was a great way to end the trip.

Summary Another great few days working with a great group. Very strong, impressive climbing was shown by all the group.

Admittedly after I leave these trips I tend to realise how mentally and physically tired I am but during the trip it is a pleasure to work with enthusiastic young people who love their climbing.

Again Katy’s group were impeccably well behaved and as I explained to them, at the end of their trip, it would be impossible run if they were not. With something between 220 to 240 climbs completed over the course of the four days it was important a few rules for the intention of safety were set and they were observed and respected at all times 👏

Katy and James who organised the trip were also instrumental in the smooth running of the climbing and assisting monitoring safety etc so my thanks to them both.

This site uses Akismet to reduce spam. Learn how your comment data is processed.